Congress Acts to Address Cancer in the Fire Service 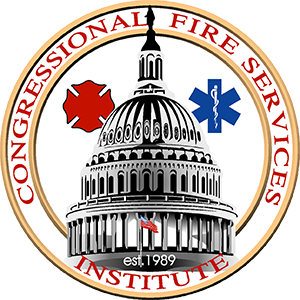 Cancer in the fire service is commanding national attention, and for good reason.  Various studies – including the NIOSH Firefighter Study (2013), Nordic Firefighter Study (2014) and Australian Firefighter Study (2014) – have concluded that firefighters are more exposed to certain types of cancer than the general population.  Organizations at the local, state and national levels recognize the enormous threat of cancer to our firefighters and are developing programs for their members that address education and prevention, treatment and family counseling.  But despite all the attention being given to cancer as an occupational disease, we still need specific important data – data that will help researchers and epidemiologists in their work to treat our firefighters diagnosed with cancer.

On July 2nd, the President signed into law H.R. 931, the Firefighter Cancer Registry Act. The legislation, which was unanimously approved by both the House and Senate, creates a specialized national registry to provide researchers and epidemiologists with the tools and resources needed to improve research collection activities related to the monitoring of cancer incidence among firefighters.

Even with the many studies that have been conducted throughout the years on firefighter occupational cancer, there’s more we need to learn.  Many studies have been limited by relatively small sample sizes and an under-representation of certain demographic groups, including women and minorities.  The new national registry will address these issues.  Moreover, it will gather data on other key areas, such as status (career, volunteer, or paid-on-call), years in the fire service, and number of emergency incidents attended.  The Center for Disease Control and Prevention will manage the program and consult with non-federal experts (career and volunteer firefighters, national fire service organizations, Epidemiologists, clinicians and other public health experts) in implementing the registry.

Once again, the national fire organizations worked together to advocate for passage of an important piece of fire service legislation.  And on Capitol Hill, members from the two political parties worked together in the spirit of bipartisanship to gain unanimous support of this legislation in both the House and Senate.  CFSI was pleased to play a role in this effort which we hope will lead to a greater understanding on reducing the threat of cancer in the fire service and developing better treatments for those suffer from the disease.

During the month of October, a bulk of Fire Departments across the country, both career staffed, and volunteer staffed, take one-week per year, and curb their enthusiasm. The focus of their attention ...
Fires in Apartment Buildings

Apartments, garden apartments and townhomes comprise a portion of the dwellings in nearly every fire jurisdiction. This article will point out the construction features of these bu...
Teaching Soft Skills in the Fire Service

Soft skills and the Employee

Everyone has heard that saying about a person that is very smart, but they do not know when to be quiet and listen. The one that says he/she is a great technica...