Failure to Lead in the Fire Service: The Consequences of Doing Nothing 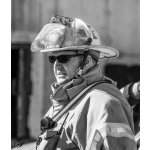 Firefighter Rick Willard is a newly promoted driver/operator with the Springview Fire Department Engine Company 5. Although he’s only been driving the engine for a few shifts, Firefighter Willard is already demonstrating aggressive driving tactics. En route to calls, he drives above the posted speed limit and doesn’t always come to a complete stop at stop signs and red lights. Captain Anne Bieber has also observed Firefighter Willard making aggressive comments and gestures at other drivers.

Responding to a structure fire, Battalion Chief Angel Herrera finds himself just behind Engine 5. He observes Firefighter Willard weaving rapidly in between traffic and moving through a red light after slowing only slightly. Arriving on scene, BC Herrera passes Captain Bieber on his way to the command post. “Rick’s driving like an idiot,” BC Herrera says. “You should probably say something to him.”

Two weeks later, Engine 5 is again dispatched to a structure fire with Firefighter Willard behind the wheel. Moving through an intersection, the apparatus is involved in a motor vehicle crash with another vehicle that results in a civilian fatality.

This is, of course, a fictional scenario. But a similar situation can happen to any fire service organization at any time. For sure, Firefighter Willard bears responsibility for engaging in reckless, risky driving. But his behavior was observed by two supervisors over a period of weeks or months. Their failure to lead is at the heart of this tragedy.

What Causes Failure to Lead?

As the company officer, Captain Bieber was responsible for knowing the department’s policy on driving, recognizing behavior not in compliance with policy, and taking actions to get that behavior back in alignment with department expectations. That did not happen.

Battalion Chief Herrera’s responsibilities are no different—the scope of his supervision is simply bigger. Yet he, too, failed to lead.

Unfortunately, such behavior is all too common in the fire service. Sometimes, the failure to lead is situational—an officer may be having a bad day or might be sick or fatigued. On a deeper level, however, leading is uncomfortable. It requires us to ask ourselves whether we’re really doing everything we’re supposed to be doing—and sometimes the answer is difficult to face. As a result, we’re not sure what decision to make so we don’t make one at all.

On an individual level, fighting the failure to lead means you must take the time to care.

It’s important to distinguish between failure to lead and ineffective leadership. Poor leaders are still moving the organization in the right direction—perhaps not quickly enough or with the needed intensity, but still moving forward. Failure to lead is moving backward, because in high-risk industries like the fire service, there is no sitting still. Failure to act moves the organization and its personnel backward.

In our scenario, any of these three factors could apply. If Captain Bieber never had a strong supervisor who demonstrated effective ways to correct behavior, she may recognize the problem but lack the knowledge of how to step in and stop Firefighter Willard’s reckless driving. On the other hand, perhaps Captain Bieber simply isn’t suited for a supervisory position—she fails to recognize the problem or even if she does, she is not willing to make the right call. Or, perhaps this is Captain Bieber’s third assignment this year. She keeps getting sent to new stations to solve problems and she’s over it. We could run through these same possibilities for BC Herrera.

Consequences of the Failure to Lead

Fire service leadership failure has consequences that start with the particular situation and spiral out from there.

In our scenario, the most obvious consequences are physical. A civilian was killed; firefighters might be injured; those involved in the crash may experience mental trauma. But the consequences extend beyond physical. There are “political” consequences, too—Firefighter Willard might lose his job, Captain Bieber or BC Herrera may be disciplined or demoted, and the department’s reputation may suffer. And finally, there will almost certainly be a lawsuit, which is guaranteed to be expensive since the crash involved a fatality. If the city is self-insured, the money for the suit will come out of the city’s general revenue, which means fewer resources overall. The city might have to postpone raises for all city workers for a few years, for example. There’s a host of consequences we hardly ever consider when thinking of the incident itself.

“Rogue” firefighters often have the best intentions and are driven to do the right thing, but no one is showing them the path—so they do their own thing.

But even more dangerous is when a failure of leadership permeates the organization, becoming the norm rather than the exception limited to a specific incident. Then, additional consequences arise, including:

So how do we fight the scourge of fire service leadership failure? On an organizational level, it involves empowering employees and encouraging them to have a stake in the overall mission. Perhaps counterintuitively, this means setting high expectations—for firefighters and for officers.

At the same time, the organization must support personnel as they move up. We can’t simply set a high bar and then sit back and watch the firefighter fling themselves repeatedly at the bar, trying to clear it. We must provide professional development resources at all levels, from probie to fire chief, which includes identifying educational opportunities and skills proficiencies. This program should include opportunities to work out of grade and participate in the next level up before being promoted so the organization has a better feel for whether someone is suited for the position.

On an individual level, fighting the failure to lead means you must take the time to care. Our people are our best resources, but too often our actions don’t support that. Don’t say it, do it. Invest in your people. Care about them, ask them what’s going on, get to know them. Equally important, know your organization’s policies. What does your organization expect? When you see people operating outside those expectations, get them on track using passive or active discipline. This doesn’t mean writing up a firefighter for a minor first offense, but it does mean doing something to change the behavior.

Leadership requires courage. Imagine you’re standing on a railroad track and you start to see the glimmer of a headlight in the distance. Do you have the courage to step out of the way? In so many cases this is not hard. It requires knowing what to do, a little bit of discipline, and caring enough to do the right thing. And every day you don’t do something is one day closer to tragedy.

This article was originally published on the Lexipol website found here:
https://www.lexipol.com/resources/blog/failure-to-lead-in-the-fire-service-the-consequences-of-doing-nothing/.