Since I first wrote about emotionally troubled firefighters in 2014, the fire service has made great strides in recognizing the mental wellness challenges facing its members. Mental health is now a major, recurring topic in fire service publications and at industry conferences. But are we providing firefighters with not only the tools to handle the trauma from the job, but also the day-to-day problems?

The fire service has long recognized critical incidents, such as natural disasters, mass-casualty incidents, and the death of a child or another firefighter, cause significant emotional stress for firefighters. Typically, departments address such incidents with a Critical Incident Stress Debriefing (CISD) by Critical Incident Stress Management (CISM) teams. CISD is a formally structured group intervention designed to encourage the emotional processing of traumatic incidents through an open forum and the stated normalization of a responder’s reaction. While there is some debate whether these debriefings are effective, at least proactive steps are being taken to address the impact on responders after critical incidents.

What actions are we taking prior to a critical incident or after the CISM team leaves?

This is where the missing piece of firefighter peer support enters the equation. Peer support involves trained coworkers who are there to listen, mentor or provide support to others who are experiencing personal or professional difficulties. Life is a complicated journey; add in the stress and trauma involved with being a firefighter and it can become overwhelming. Sometimes a firefighter may just want to talk to a peer who has “walked in their shoes” and can provide understanding and direction.

This is not to suggest that firefighter peer support should replace CISM teams, but rather it should supplement them. After a critical incident, CISM teams are generally requested to respond within a 24- to 72-hour time frame, and usually for one session. Peer support teams can work alongside CISM teams and give firefighters the opportunity to seek out support at their own time outside of the group format. Another benefit of peer support teams is they are able to follow up with individuals weeks or even months after an incident to help resolve any lingering issues the responder may have.

Peer support teams can also be proactive in dealing with responders who may be experiencing problems unrelated to an incident, such as family issues, financial difficulties, stress or anxiety, and substance abuse. As I travel around Massachusetts talking to responders, these are the issues that often come up first. The fire station is where firefighters spend a large part of their lives and may be where they first show signs of needing help. Peer supporters who are active in the workplace can identify warning signs early and reach out to firefighters before issues become problematic.

When creating a peer support team, strive to involve members from different ranks and different positions in the department. It’s also a good idea for the team to reflect a variety of life experiences and stages, because sometimes firefighters feel more comfortable confiding in someone who has been through and survived what they are experiencing.

Peer support members must also be able to know when and how to refer a co-worker to a professional who can provide specialized care when needed. And despite their backgrounds, all members will need some training to be able to provide appropriate, effective peer support services.

When identifying members to be part of a peer support team, consider the following qualities essential:

The ability to maintain confidentiality is vital to the success and continuance of a peer support team. Nothing can ruin the credibility quicker than finding out that conversations are not kept private.

As the number of PTSD diagnoses and firefighter suicides rise, it is vital all management and members get on board with addressing firefighter mental health. The goal of every department leader should be to have a healthy and happy workforce, and the way to do that is with a strong wellness program with four pillars: physical health training, behavioral health training, suicide prevention training and firefighter peer support services.

Let’s make sure everyone isn’t just going home at the end of the shift, but doing so in a proper state of mind. 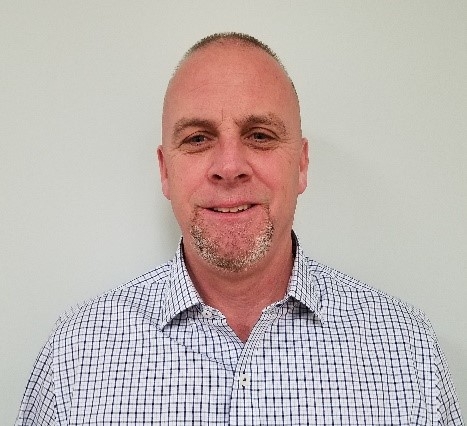 Joe Conant is the Program Coordinator for Mass Men Project, a program of the Riverside Trauma Center designed to promote wellness and decrease suicide among working-age men. Prior to joining Mass Men in December 2018, Joe spent 31 years with the Springfield (MA) Fire Department, where he worked his way from firefighter to Commissioner of the Department in 2012. During his time as Commissioner, Joe served as President of the Western Mass Fire Chiefs Association, 2nd Vice President of the Fire Chiefs Association of Massachusetts, President of the New England Association of Fire Chiefs, and a member of the Board of Fire Prevention Regulations, to which he was appointed by the governor. He was instrumental in bringing suicide prevention training to the Massachusetts fire service, co-founded the Western Mass Fire Chiefs Behavioral Health Coalition and was presented the 2015 Leadership in Suicide Prevention Award by the Massachusetts Coalition for Suicide Prevention for his efforts. Joe holds an associate’s degree in Fire Science and a bachelor’s degree in Business Administration from the University of Massachusetts.