SANTA FE (KRQE) – A number of firefighters from across New Mexico now know more about a new technique for fighting fires. KRQE News 13 told you earlier this week about the SLICE-RS method. It’s an approach based on modern, scientific research.

This week, an International firefighter group held their first official class in New Mexico for the new technique.

Firefighters say that throughout the history of their profession, there has been new technology that’s made firefighting more effective and safer for firefighters. Many say the SLICE-RS technique is one of those advancements.

“We’ve been operating under really a lack of knowledge for as long as the fire service has been around and now UL and NIST have done the research and studies to really provide us with facts that really change things a little bit,” explained International Society of Fire Service Instructors’ (ISFSI) Western Regional Director Jim Silvernail.

Silvernail says this is a shift when it comes to fighting structural fires.

Silvernail says the science will give firefighters better perspective on what they do. It’s coupled with suggestions for tactical and strategic changes for fighting structure fires.

The Los Alamos Fire Department invited Silvernail to teach the class. Firefighter Rick Gonzales says he attended the national fire Academy in Maryland, where he learned about fire behavior and some of this new science.

Gonzales says, in many ways, firefighting these days is more dangerous. It’s why he says he wants New Mexico firefighters to be trained in the SLICE-RS technique.

“It’s an exciting time for us in the fire service. Things are improving, changing, there’s more knowledge and, just like all the technology around us, we’re going to be utilizing these to better serve the public,” Gonzales said.

Despite the science, Silvernail says there’s still some resistance when it comes to SLICE-RS, largely because the fire service is so steeped in tradition.

He says this information will cause a cultural change in the fire service, but in order to do that, it has to be far-reaching. It’s why ISFSI has a grant in place that allows them to teach 100 classes for free– that’s two classes for each state in the US. It’s how Silvernail was able to teach in New Mexico without charging firefighters for the class. 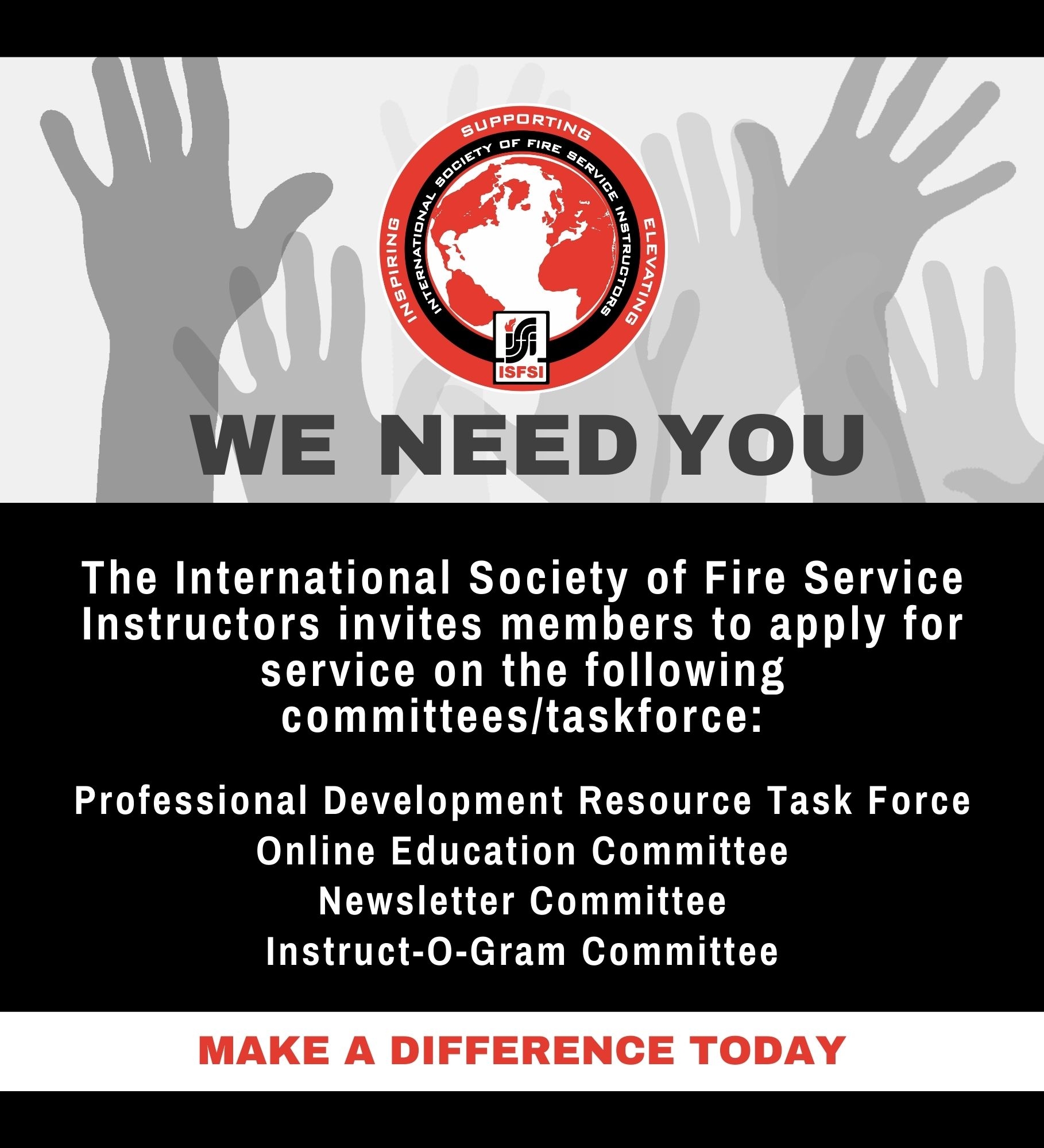 Committee members must be current ISFSI members and will serve a one-year term (2020–2021). All committee members volunteer their services and, once appointed, are expected to maintain active an...
Writers Wanted: Instruct-O-Gram 2.0

The ISFSI Executive Board connected on Wednesday afternoon to hold a healthy conversation regarding how the COVID-19 pandemic has affected your organizations training.