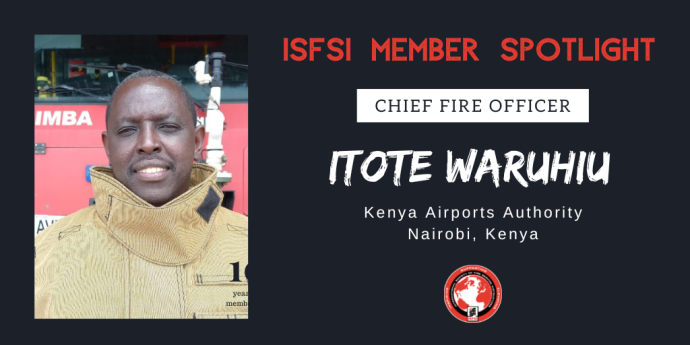 I am a Kenyan born in Nairobi (capital city of Kenya). I have been in the emergency services since 1996 starting out as a volunteer First Aider with St. John Ambulance Brigade. I qualified as a First Aid Trainer in June 1998 and two months later there was a terrorist attack at the US Embassy in Nairobi. This was a turning point for me and my colleagues. During the medical response it was apparent that our first aid skills were not enough. Post the incident, I had the privilege of being one of the pioneering EMT-B’s courtesy of a USAID funded program. I graduate in 1999 as an EMT-B and I have been very active in expanding the Emergency Medical services in kenya. In 2001 I qualified as an Emergency Medical services instructor (EMSI) and I have had the privillage of training and mentoring many in the EMS field. I joined the Fire Service in 2003 as an Airport Rescue Fire Fighter Trainee. I became a Fire trainer in 2011 to 2017 when I was promoted as a Fire Chief.

WHY a Fire Fighter? It is my dream job. I made up my mind when I was a small boy and I watched a TV programe that had a scene of fire fighters battling an inferno. Our TV was black and white but I was hooked. Later on in life I discovered that my dad also was not only a military officer, he once was a fireman with the railway company.

2. Who or what has inspired you as a fire instructor

Two people have really played a big role in my career. First is Mr. Juan Garcia who was my EMT and EMSI instructor back in 1998-2002. He was very thorough in the way he delivered the course and also he really wanted us to succeed. The second person to inspire me is my boss Chief Fire Officer Francis Ndeleva at Kenya Airports Authority head Office. I met him at the Fire station when I joined as a Fire trainee and he was a senior Fireman. I saw his love for the job, his professionalism and his dedication to get things done no matter how mundane. He trained us at the station level and later at our training school.

I also endeavor to pass on the knowledge and skills others graciously shared with me so we can keep saving lives and protecting properties.

3. What are some things you are working on in your department and how can others learn from that

Since 2015 My boss and I have been modernizing our Rescue Fire Service to meet international standards. It has been a long and tedious experience with many huddles to jump. Today our Fire fighters have PPE’s that meet NFPA standards and also a curriculum based on IFSTA. From this experience, I pray others may dream big, learn to be patient and push on to achieve their Goals despite limited resources.

My current challenge is two fold: First; how to develop and implement a Fire Leadership program for our Kenyan Fire chiefs and second, how to develop a fire instructors training and certification program. This is important for me so that we can safe guard the future of our Emergency services.

4. Tell us about a project or training accomplishment that you consider to be the most significant in your career

Allow me to mention several since I have been privileged and honored to have been one of the pioneers in the formal Kenya EMS development.

5. What do you hope to accomplish as a fire service instructor

I hope I will be able to share quality knowledge and skills to the trainees and intern they become better responders than I am. I hope also to inspire them to be better leaders who will take our Emergency Services to the next level.

5a. When you are gone, what do you want people to remember you by

That I was there when it counted the most, I answered every call on time and did what needed to be done. I would also want people to remember that I honored those who came before me and did my level best not to fail them by using their advice.

6. What is the biggest change you have noticed in the fire service since you started

The adoption of standards in the Rescue Fire Service. We have been able to benchmark with NFPA and other standards. The outcome has been good. We have Rescue Firefighters who are more confident that the equipment they are using are of good quality.

7. What is something that most people don’t know about you

That is an interesting question. My colleagues may not know that despite answering every call that came our way eagerly and on time, I was scared enroute to the scene despite having this confident can do it all demeanor :-)

8. If you could choose your title (other than the generic Training Officer or Firefighter) that uniquely describes you in your position, what would it be and why

Friend – because I shall crawl, walk or run with you so you can achieve your goals.

9. And finally, what advice do you have to give another instructor or to somebody who is just starting out as an instructor

Be patient with your trainees since they are human beings and are not mass produced in a factory that has a Quality Assurance department. Help everyone that comes your way to achieve their full potential. It is your duty! 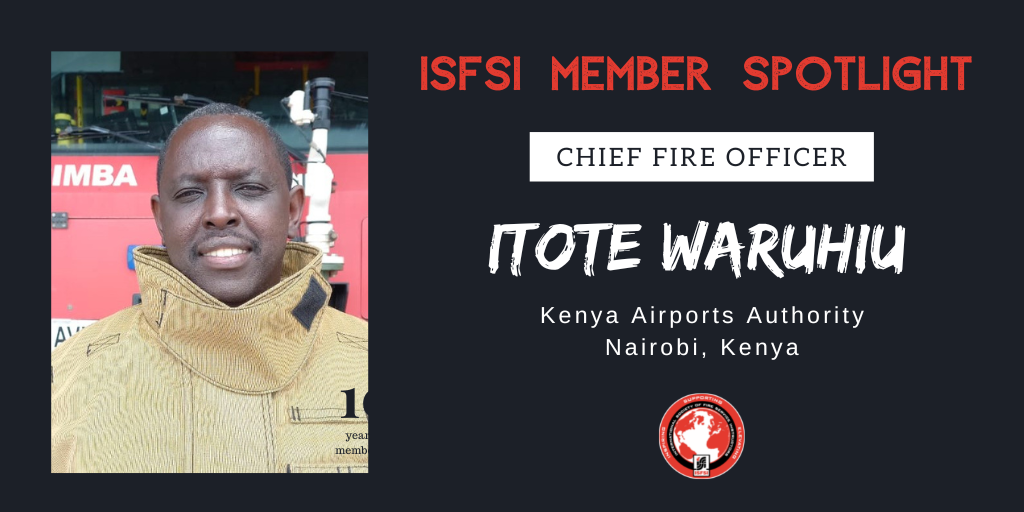 I am a Kenyan born in Nairobi (capital city of Kenya). I have been in the emergency services since 1996 starting out a...
ISFSI Member Spotlight: Iqaluit Emergency Services 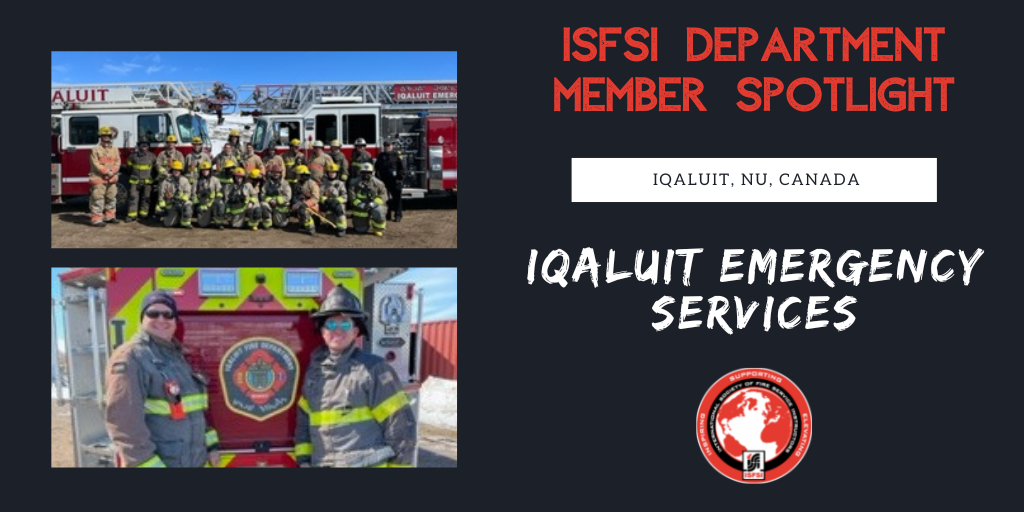 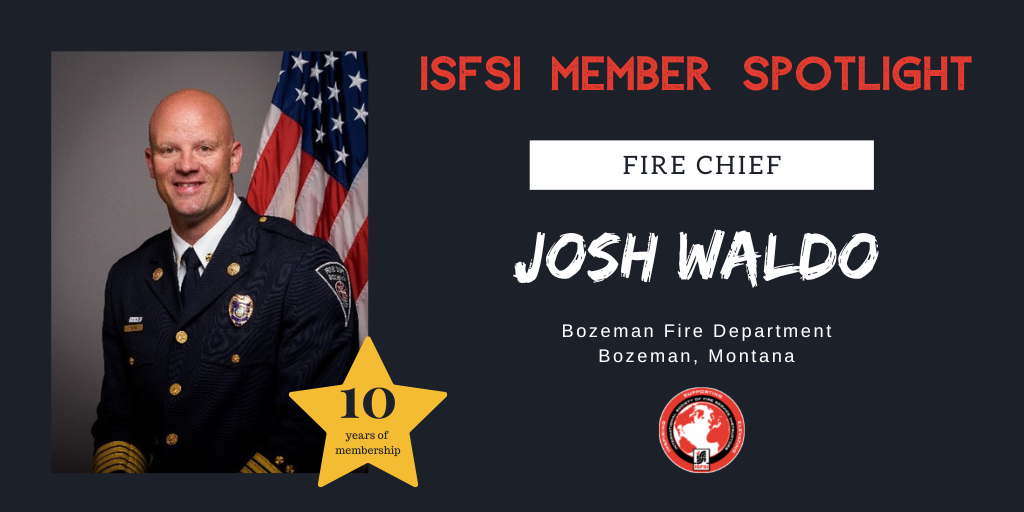 I’ve been in the fire service since 2001 and have worked in career, volunteer, and combination departments. I st...