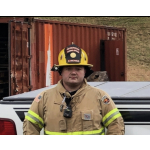 Success is defined as the accomplishment of an aim or purpose. Succession is defined as the order or conditions under which one person after another succeeds to a rank or title. Probationary firefighters that have the drive and the desire to SUCCEED in training and work ethic also want to SUCCEED to different ranks and titles within the department. Whether it is paid or volunteer, your rank may be important to you and those who serve with you, but to those needing help, it doesn’t matter unless you help them SUCCEED. Each firefighter, company officer, and chief officer should demonstrate teamwork, trust, family, honor, pride and dedication.

One key to be a successful fire service leader is having the ability to coach and mentor those who aspire to obtain a certification, rank, or title. In other words, SUCCESS. A leader in the fire service is not just a company or chief officer. It can be the senior man or another firefighter who has been around for 5 or 10 plus years that people look up to and rely on for help. Attitude also reflects leadership in all aspects. Don’t expect firefighters to be passionate about learning if their leadership is not. Frank Viscuso said, “Fancy titles or bars on your collar do not make you a leader. Leadership is determined by the amount of people you inspire, encourage, motivate, improve and serve.”

The foundation of success must begin with an all-in attitude. Success doesn’t just happen on its own, it begins with attitude. An entry-level firefighter should already have short and long-term goals even before they interview or apply for the job. Whether it’s the entry level firefighter or the company officer, demonstrating a hard-working attitude ethical values, and the eagerness to learn is contagious. Once this foundation is established, it can serve as a building block to rise to a higher rank, if one so chooses. General James “Mad Dog” Mattis once said that “attitudes are caught, not taught.”

Success is also more than just a promotion. Success is obtaining certifications, post-secondary education and credentialing, showing commitment to your department, your peers, the citizens and visitors you are sworn to protect and serve. As previously stated, hard work, ethics, and training are building blocks of future promotions. Once a firefighter passes the probationary stage and they are “all-in”, it is extremely important to mentor the ones that come after, just as the ones that came before.

Mentoring transitions into succession. For example, if a probationary firefighter has the desire to promote to engineer in the future, there should be a succession plan and training track. This is developed by their immediate supervisor and training officer to help prepare them for the promotional process. Mentoring comes into play when the current engineer helps prepare the candidate by coaching and teaching them aspects of the engineer position. Attending company training, certification classes, and the ability to step up and act as a “fill-in” engineer will develop the candidate and prepare them for the promotional process as well.

The same could be said for the company officer seeking promotion to chief officer position, such as Battalion Chief. Observing the chief officer in their daily duties along with education, training tracks, and experience as an acting officer will help in the promotional process as well. A well-developed succession plan combined with mentoring is the most important aspect in a fire departments willingness to provide the highest level of customer service.

Luck favors the prepared. Success doesn’t happen without leaders and mentors who prepare for the upcoming generation of the fire service. The next generation of firefighters, who aspire to be leaders, will assume those same leadership roles in the future. The saying, “leave the department better than you found it”, is the epitome of a succession plan. Always remember that leadership is a talent that not everyone has. If you do have it, embrace it while making it contagious.

At their most basic, assessment rubrics are descriptions of performance quality that are used to assess learner performance by clarifying lesson outcome and the desired outcome. Rubrics also provide l...
Ground Ladder Basics

It is critical that firefighters be taught and understand basic survival tactics and skill...