Taking Care of Ourselves with Supplemental Insurance 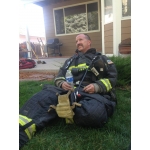 Last month I had the privilege of attending the ISFSI Instructor Development Conference in Fort Collins, Colorado. It was an incredible opportunity to network, and learn from the best in the business. While all of the presenters made attending worthwhile, the comments from a few really resonated with me, and gelled together to form the genesis for this article.

The first one that hit me was when Chief Reeder talked about four important concepts; everybody goes home, nobody gets hurt, excellent service is delivered, and retire happy and healthy. The first three were familiar to me, but the last point was new. Later in the day, we were given the concept of EDLH, or eventually dangerous to life and health. These ideas started to bounce around together in my head, after class that day, networking while at the social event, and even after I went to bed, those ideas kept going around with the question being, ‘how do we prevent those things that can be EDLH from impacting our ability to RHH?’.

With these concepts/questions still swirling around in my head, we started the second day with a very emotional Keynote by Chief Patrick Kenny. He talked about the dual threats posed to firefighters of cancer and mental illness in a presentation titled “Stand Up and Be the Best”. As the emotions stirred by his presentation began to return to somewhere near normal, the logical side of my brain began to literally put two and two together, and then the realization of the connection between these concepts, and those of the day before came together. The final piece of the puzzle came during the spark talk by Captain Seth Barker, when he talked about his battle with cancer.

With this last piece, the picture became clear to me. The challenges and threats we face every day, those IDLH and EDLH conditions and events, beyond the primary physical and emotional tolls they take on us, have a secondary financial impact which can create a feedback loop, exacerbating those primary effects for ourselves and potentially our families. Seth finished his talk with a comment that drove me to write this article, when he said, “get the Aflac cancer policy”. That comment brought all those concepts spinning in my head full circle.

Like Chiefs Kenny and Van Dorpe had talked about, as firefighters, we tend to put on our “cape” and view ourselves as able to take on any challenge, without help, even when the facts prove otherwise. While many presenters talked about the steps we can take to minimize our initial risks, like SCBA, decon, washing gear, etc., only Seth touched on the concept of needing to protect ourselves after the unthinkable happens. He talked about the fact that even though his department supplied insurance was “great”, that without supplemental insurance he and his family would had serious financial difficulties (a fact the Chief Kenny also touched on), and I thought “Here’s a concept I can give input on!”

In addition to being a firefighter for over 30 years, I have also been an Aflac agent for the last couple years. I came into this “side job” after having and using a supplemental injury policy for many years. When I first got hired as a paid firefighter, I thought “I’m good at getting hurt, a policy that pays me when I do would be great.” Being young and not having kids, this was as far as I went with my supplemental insurance, until I lost my mother to cancer.  Even though the injury policy had helped us many times over the years, I realized that cancer can strike at any time, and that this was a significant exposure for my family (the financial toll on my father, who also had no cancer coverage was overwhelming).

In general, supplemental insurance offers policies for injury, hospitalization, short/long term disability, and cancer. There are multiple companies that offer such policies, such as Aflac, American Fidelity, and many others. Coverages and rates will vary according to a number of factors, but most if not all are based on group, not individual rates, and are generally very affordable. While disability policies are based on your income, the rates for other types of policies are standardized. For example, in Colorado, an injury policy can run as little as $17 for an individual to $50 for a family. A cancer policy could be from $32-$60, and hospitalization from $30 to $100.
With today’s health insurance deductibles becoming very high, and coverages decreasing (especially for cancer treatments), it becomes obvious that for people in our profession, these policies are becoming a mandatory addition to our lives. And let’s be honest, is securing your families financial future worth skipping a couple of dinners out a month?

If your department already offers these policies, look at them! If they don’t, be that agent of change! Go to your HR person, union rep, benefit manager, whoever oversees these things, and explain why they need to offer these policies. Most companies will set up payroll deduction at no cost, and these policies are in some cases pre-tax, which can further decrease your costs. In addition to not costing your employer anything to offer, in many cases, it can decrease their tax liability, as well as decreasing sick leave, and workers comp costs as well.

Please feel free to contact me, or reach out to your insurance provider for more information about these policies and how they can protect you and your families!