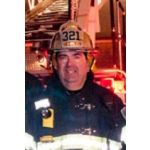 The opening lyrics from the 1972 motion picture The Poseidon Adventure’s song titled “The Morning After” are:

Following the destruction from Hurricanes Harvey, Irma, and Maria, along with the mass shooting in Las Vegas, we’re all looking for the light. And while we grieve for the deceased and pray for the recovery of all others whose lives have been changed, the focus here is on the first responders; law enforcement officers, EMTs, firefighters, paramedics, and others who responded before, during and after each tragedy. For some of them the storm isn’t over or the shooting has yet to claim its last victim.

Cities and towns are finally recognizing the extreme efforts that first responders will make during catastrophic events. Public officials are informing residents that there comes a time when rescue will no longer be an option. Emergency crews, for their own safety, just can’t respond. Citizens were warned and had the chance to evacuate.

In Las Vegas, firefighters and paramedics did not wait until the scene was secure but, as trained, partnered up with law enforcement and began to treat patients while active shooting was still taking place. The public saw the best in a first responder response.

In a fact sheet provided by the Center for Disease Control (CDC) on Coping with a Disaster or Traumatic Event under Emergency Preparedness and Response, the CDC notes that responding to disasters is both challenging and rewarding work. But the CDC continues; noting it’s also a source of stress as fire, EMS, and law enforcement may witness human suffering, risk of personal harm, make life or death decisions, and separation from family. With communications down it may not only be separation from family but the inability to find out if they’re safe. Responding to a disaster at a time when their own home may be at risk of total destruction.

In a study conducted by National Institute for Occupational Safety and Health (NIOSH) regarding physical and psychological health symptoms among New Orleans firefighters thirteen weeks after Hurricane Katrina struck the U.S. Gulf Coast on August 29, 2005, found that out of 633 firefighters 12 had resigned. Following the hurricanes, the NOFD received anecdotal reports from firefighters about health symptoms suggestive of depression and anxiety including physical health symptoms. Firefighters were dealing with work-related stressors, such as extended working hours, sleep deprivation, violent threats, and lack of communication with coworkers. Many also experienced personal stressors, such as displacement of family members, destruction of their homes, and lack of communication with families. The same types of stressors that may be found in Texas, Florida or Puerto Rico.

Stress is compounded when something happens to our own such as the case during Hurricane Harvey when Houston Police Sgt. Steve Perez, trying to get to work, drowned in his patrol car in floodwaters; despite pleas from his wife not to go in. Or in Las Vegas, where off duty Metro Police Officer, Charles Hartfield, attending the Route 91 Country Music Festival was killed in the mass shooting. Two other off-duty California police officers were also killed while several other police officers and firefighters were injured in the attack.

Training has mentally prepared us for the aftermath of a natural disaster. But would anyone be prepared for the conditions that ultimately left 10 dead at the Rehabilitation Center at Hollywood Hills in Hollywood, Florida following Hurricane Irma? Where a loss of power and air conditioning sent building temperatures soaring resulting in heat related deaths.

While first responders may have developed personal home and family disaster plans in the case of Hurricane Irma’s impact on the state of Florida; evacuation plans may not have been good enough. With a change in the storm track, Irma affecting such a large area, gasoline shortages and traffic backups there may not have been time to get a family to safety.

The importance of dependent care, the “what’s happening to our families” while first responders are working during a disaster, is becoming a critical piece of stress management and disaster response. The expectation that first responders can just leave their homes and families, and keep focused during disaster events, isn’t realistic. In an a attempt to keep our first responders focused and eliminate some of the stress it’s time for departments to adopt dependent care elements into their disaster plans. We can no longer ignore the impact that responses to disaster or traumatic events have on our first responders; the conflict between job and family. Having to leave and worry about their own homes and families yet helping others during the same crisis.

It’s the morning after, and studies have shown that depression and posttraumatic stress disorders (PTSD) are among the most common problems for populations exposed to natural disasters. As the storm passes we continue to respond to rescue, and later recovery operations. Towns and cities have to continue to respond to everyday events as well. First responders are expected to return to work, a duty schedule (often an extended tours of duty), while trying to take care of basic home and family needs. As basic as trying to find a place to live.

With over a hundred firefighters on site, Clark County Fire Chief Greg Casell said that first due department firefighters responded to the October 1, 2017 Las Vegas active shooting in “less than 5 seconds”. Firefighters and paramedics, worked, as planned, with law enforcement, to treat and rescue concert goers under continuing gunfire. Those conditions and the critical incident stress means that the emotional harm done by the shooter continues. The question remains, how many of the first responders, fire, EMS and police need to be treated for PTSD and the potential resulting depression or anxiety?

While it’s easy to identify with the stress of those that responded to the hurricanes or the tragedy in Las Vegas we must never discount the potential of the affects one incident may have on one person.

Though dependent care programs are specific to departments based upon their jurisdiction, some actions we can take to prepare us for critical incidents or natural disasters are:

As Maureen McGovern Sang in The Morning After “It’s not too late, not while we’re living.”