Training Applied: Before - During - and After 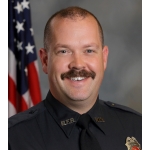 One of the many jobs we encounter as firefighters is to mentor and train our personnel. Beginning with core skills, we add to the skill-set until a recruit can put two or three together for an assignment. These skills are an important part of training our personnel to make decisions under stress.

Examples of how events transpire abound at the fire station. There are always stories about how a fire looked on arrival and how the crew managed the situation. However, it can be difficult to talk about the events that didn’t go as well as we wanted them to, especially when the stories told are in the first person. The Firefighter Near Miss Reporting System, found at www.Firefighternearmiss.com, is a repository for case studies that you can freely and anonymously share.

This featured report, posted on the website in February 2019, details a recruit firefighter attempting to knock back the fire from the alpha side.  As you read the report, keep in mind how your department would tackle this situation, and how the tactics applied in this event compare or contrast to your training.

What was the initial size-up?

We responded to a two-story single-family residential house. The fire was showing on the Alpha side, blowing out the front door and window. Fire was also showing on the Charlie side at the back door. There were no other visible hazards.

The first engine arrived on scene and pulled a handline with a smooth bore nozzle. Command was already established and a 360-degree size-up completed. There was fire showing on the Alpha side and it was blowing out the front door and a bay style window, which was right next to the front door. The tailboard firefighter, a rookie, was told to put the fire out and make a push inside the structure. The rookie firefighter was standing about twenty-five feet away from the home spraying water toward the front door. The captain gave an order to get closer by getting on the front stoop to put the fire out around the door and make the push into the house. The rookie firefighter moved closer and was in the standing position with the nozzle closed when first encountering the super-heated gases in the smoke coming out of the house. The rookie firefighter opened and closed the nozzle trying to get through the door and into the fire room. The rookie firefighter again stood up when told to move in and was overcome with the super-heated gas a second time and at this point sustained heat damage to both facemask and bunker gear. The mask was burned in a manner which made visibility impossible and was therefore useless. The regulator was still able to be used, but the front was damaged a little. The sleeves of the jacket were damaged as well as the helmet and hood. The rookie firefighter was told to back out of the doorway after stating that the heat made it impossible to see and complaining of the heat. The captain took the line and advanced it into the structure and began fighting back the fire to the fire room. Other crews began to arrive on scene and the fire was put out and all other assignments were handled. This fire would be the first where the driver operated the pump and the rookie firefighter’s first working house fire. This would be the first firefighting experience the captain had with this crew since both were newly assigned to the station.

When the crew arrives on the scene, there are many things happening to attract our attention. Keeping a focus on the assignment can prove a challenge. Even more challenging is a crew that is unfamiliar with each other’s abilities. Consider the following as it applies in your department.

Compare what you have discussed about this event to the lesson the author shares in this report.

Describe the lessons learned at this event. What recommendations do you have to prevent a similar occurrence?

We don’t know what happened before the event. It’s possible that the call outpaced the training program the officer had in mind, but we do know how the officer addressed the situation before the next fire. When asked about any changes that resulted from this event, the officer stated they would not change anything, except knocking back the fire from the exterior while advancing the hand line through the door.

From the report, we understand the officer determined the crew needed more repetitions on making a transitional attack. Spending time discussing the event and practicing in a training environment will remove the ambiguity of a heated assignment at the fire scene. An additional external benefit to teaching a recruit is the refresher our more experienced personnel receive while training.

Have you experienced an event like this one but have been reluctant to tell the story to your crew? The Firefighter Near Miss Reporting System is an anonymous repository for you to search free of charge. However, the reports stored there would not be available without your input. Any experience you share is de-identified and checked by two experienced Subject Matter Experts before posting on the website.

Because other firefighters chose to spend a few minutes to share their experiences, we have them to use in building our own training drills. This lesson hits closer to home because your case study provides the realism.

Battalion Chief Greg Lindsay joined the Oklahoma City Fire Department in 1984. Greg holds a bachelor’s degree and a Master of Public Administration degree from the University of Oklahoma. He is a contributor to the Firefighter Near Miss Reporting System, and joined the program as a trainer in March 2005.

As I read a line-of-duty-death report recently, two statements jumped off the page. First, the report concluded that “General Orders are often contradictory, unclear, or too cumbersome for perso...
Training Applied: Before - During - and After

One of the many jobs we encounter as firefighters is to mentor and train our personnel. Beginning with core skills, we add to the skill-set until a recruit can put two or three together for an assignm...
Using Fire Department Operational Data to Demonstrate Community Value