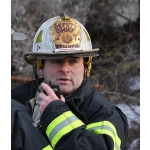 In an attached building of any age, consider that there will be shafts between buildings. If you have an old, attached building, you must both expect and anticipate fire spread via shafts. Virtually all old, attached buildings will have light and air shafts somewhere. Your Roof Division should be giving you this information or if you have a sharp officer on the interior who notices windows on the side walls (they shouldn’t exist in attached building unless they are located in a shaft) that must be communicated to Command immediately. Be aware also that there are windows in those shafts, so you do not necessarily need a cockloft to spread fire from building to building. Always recon early and keep evaluating these areas until you are sure the fire cannot spread via these arteries. 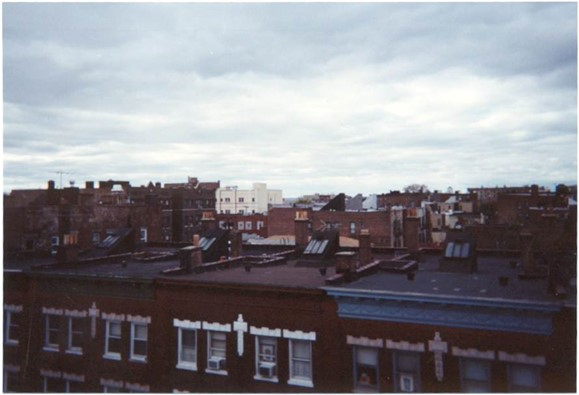 This building has small, square shafts on each roof. There are parapets between each building here which may lead to the belief that the fire cannot possibly spread via the cockloft, but remember what Brunacini said, “The only true firewalls are in heaven”.  Always be of the mindset that the cockloft integrity has been compromised, especially in old buildings, and you will never be surprised. (Photo by AA) 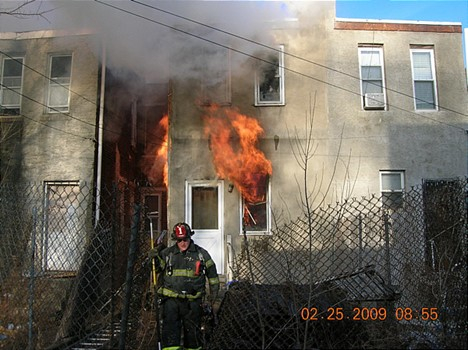 Make sure someone checks the rear! There is no excuse for not doing this. Here a fire severely exposing the D exposure via this little half-shaft at the rear. Remember that when making a report from here, you are seeing a mirror image that command is seeing. On your side, even though the fire is spreading toward your left, on the Command side, it is spreading to the right, making it the D exposure, not the B. Communication and perception mistakes made here can cause all kinds of problems. Hopefully, the roof is being opened and confinement operations are being conducted in the exposure to keep the fire out.(Photo by Steve Skipton) 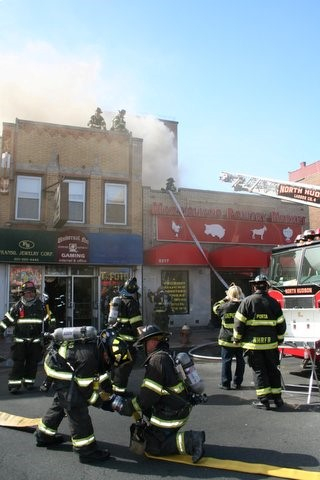 Here is another issue that might need to be addressed in attached structures. The height of an attached exposure might be taller than the roof of the fire building. In addition, as was the case in the fire above, there was a window on the D side, 2nd floor of the taller exposure that was directly exposed to fire issuing from the roof. Lines were placed inside the exposure as well as on the roof. If this was a combustible wall, an additional line or master stream might be required to protect an exposed combustible wall.  (Photo by Ron Jeffers)

In the situation pictured above you also have to careful where you cut the roof as you do not want to create a bigger exposure problem that you already have by venting in the wrong place. Always consider what unintended consequences your actions might have.

One way to make it easier on your crews checking exposure roof areas is to utilize your TIC to check roof. If it is showing heat, at least drop an inspection (triangular) hole. But before you do that, make sure Command knows what is happening and that crews are in the process of taking care of business on the top floor of the exposure. The same should be done when determining where to begin cutting the fire building roof. The TIC is the single greatest resource when it comes to determining where to cut first. Don’t leave it on the rig. 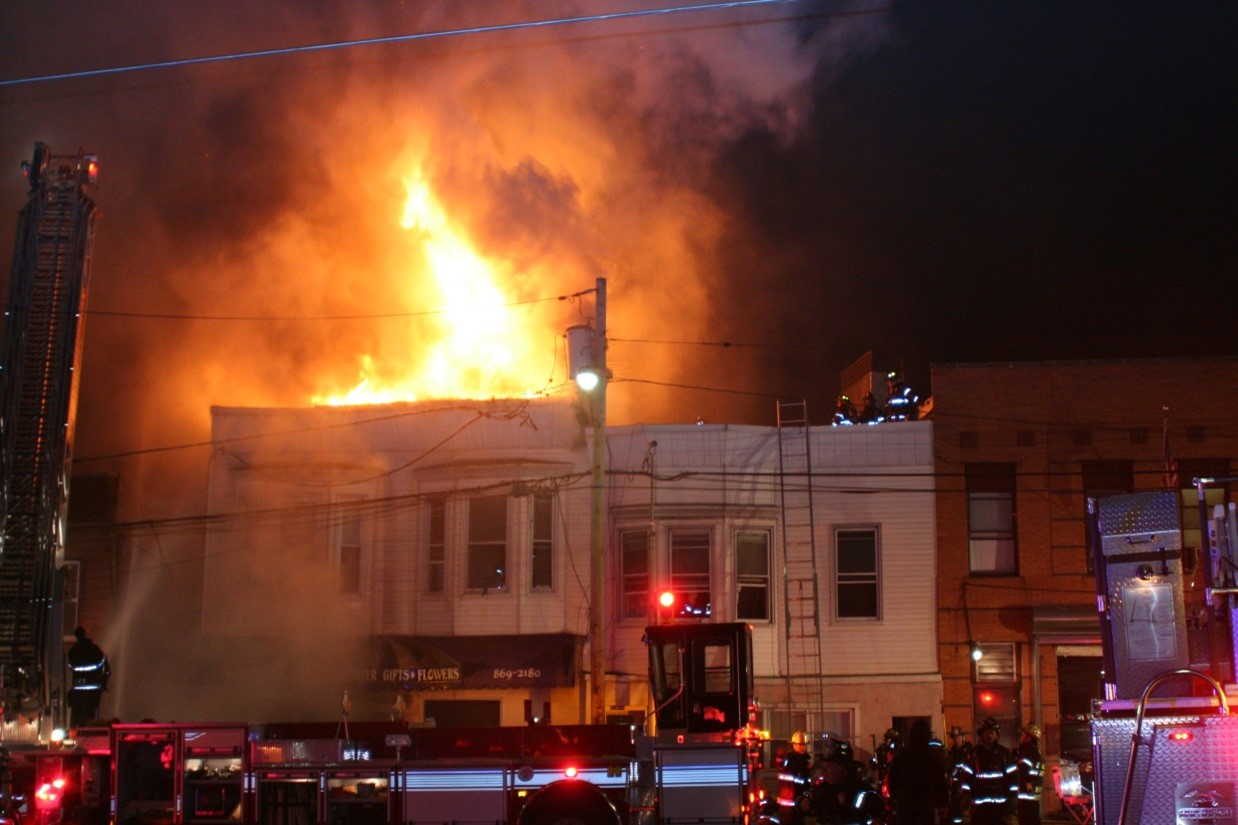 The fire is through the roof of the fire building and companies have their work cut out for them protecting the exposures on both sides. Operations are being conducted on the roof as well as on the top floor. Due to some weird renovations, these buildings were joined on the second floor in some areas, inviting quicker fire to spread than if they were two separate buildings. Once a situation such as this is discovered, get an immediate report to Command so it can be addressed. Exceptions such as this always require more people and take more time to address the issue (Photo by Ron Jeffers)

A major element regarding protection of attached exposures where the fire is threatening to run the cockloft is to get a nice big hole in the roof of the fire building. If the fire is going up (and exposing only the sky), it cannot go sideways as quickly. Even if the fire makes the hole in the roof, you might still be able to confine it to the building of origin. That is the goal here: confine the fire to the building of origin. Don’t wait for it to spread to the exposures. Take active steps to keep it where it is. We must, however, be prepared for fire to move beyond the building of origin. This is essentially utilizing an offensive attack on the fire building with an interior defensive attack in the exposures, creating a point where the fire will not cross. The steps outlined below, which are similar to the closely spaced building tactics, will help the strategist get ahead of the fire. Don’t wait!!

To summarize, when attending to attached buildings, the basics of protecting an exposure are:

In an attached building of any age, consider that there will be shafts between buildings. If you have an old, attached building, you must both expect and anticipate fire spread via shafts. Virtually a...
More Exposure Issues - Part 2

Read part one here.
Let’s address attached exposures. These are more of a challenge to protect, but once again, if you forecast where the fire is going, request enough personnel to address ...
Preparing to Return to the Classroom in the Fall

In our youthful days, we relished the summer months. This period allowed us to enjoy summer vacation trips; have fun in the warm weather; delight in the long days; stay up late; sleep in; and visit fr...