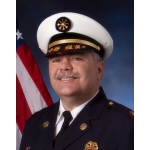 SLICE-RS, DICE-RS and RECEO-VS – all of the sudden we have two new fire service tactical acronyms out there to challenge RECEO-VS.  Some will say we have no reason to change.  Which one is correct, which one isn’t?  Personally while I am a fan of SLICE-RS, and practice it in my own fire department, it is not the acronym that makes the attack sequence successful, it’s how the attack sequence tactics are applied to the conditions determined during the size-up, including the 360 walk-around which must be done every time it’s possible, and the TIC used to help size-up fire location, extent, etc.  Part of the size-up as well continues as we make entry, watch out for conditions that signal flashover, and do not be afraid to cool the environment even if we are spraying water just on smoke.  It’s things such as “Black Fire” that is killing us, we must spend more time on fire behavior training with every rank of our department, just not the usual three hours during recruit school.  WE MUST BECOME PROFESSIONALS – WE MUST KNOW FIRE AND WE MUST EXPECT FIRE WHEN WE TURN THE CORNER AND DEPLOY IN A METHODICAL THOUGHT OUT MANNER, NOT HAPHAZARDLY LIKE A CAR FULL OF MONKEYS ROLLING UP ON A TRUCK FULL OF BANANNAS!

Another argument heard with the SLICE-RS concept especially is that we are delaying the search to put water on the fire, and that we could be steaming the people inside.  Well if you do nothing at all conditions are just going to get worse.  Slowing the fire down will help increase chances of survival in most cases, but you have to remember it’s the fire gases that kill in most cases, so unless the door is closed or the victim is in an area of refuge, their chances of survival are pretty slim in the first place, so by no means is hose being played into the window going to do more harm to the victim.

I – Isolate the flow patch

C – Cool from a safe distance

RULES OR PRINCIPLES? This current issue and the emerging research has two basic components: The behavior of modern fuels when they burn and the effect of our tactics upon them. As firefighters we cannot change the laws of science and affect how the fire will burn. We can understand our tactics and their effect upon the fire. While come drink the Kool-Aid without testing first and others resist hoping the other guy blinks first, we have gotten here because over the past several decades generations of firefighters have taken principles and turn them into rules.

Some rules can be dangerous. Rules usually contain words like always or never and mandate a course of action that is inflexible. Principles are not so rigid because a principle guides our behavior and influences our decision making. Principles are based on science, research, and consensus of subject matter experts. We have taken terms like offensive and defensive and married to them other terms such as interior and exterior and handline and master stream. How did this happen? Why did this happen? We can’t say. But we do know this: When Royer and Nelson of Iowa State University expanded on Lloyd Layman’s work they demonstrated offensive attacks that began on the exterior. These can be seen in the 1961 film The Nozzleman. If you believe an offensive attack can only occur on the interior and that if you are outside you must be defensive you probably also believe that is a master stream is being used it must be defensive too.  Here’s are the principles, not the rules:

If we think we can and are going to try to put the fire out we are choosing an offensive strategy. If we know we cannot win but we can stop things from getting worse, we are defensive. It’s that simple. Strategy is determined by what you feel you can accomplish, not where you try to accomplish it from. Second, if we feel we can win then we must match GPMs to BTUs even if that means we start with a master stream. Believe it or not, some departments have successfully used the newer, lightweight portable master streams, dare I say, on the interior to achieve a successful offensive attack. It’s the water, not the hose or nozzle used but the hose and nozzle must be able to deliver the needed GPM. It’s that simple. Third, if we choose a strategy and then a stream to match we must determine a position to operate from. The number one factor in this decision is “how close do I need to be to get the job done as safe as possible?” Why do we crawl on top of the fire when the water out the end of the nozzle with reach 25-100 feet depending on the stream and pressure? Is it perhaps that we have inadvertently trained candidates who become firefighters to do this in our live fire training facilities that are generally smaller and do not have floor plans representative of actual structure fires we fight? We can’t build NFPA 1403 compliant live burns that sufficiently represent the fires we now face. Are we providing a false impression to those recruits we train each year? Strategy, stream, and position are principles that we should be using to guide our behavior and influence our decision-making and but should not be rules.