The "Yers" Millennials from a Morris Massey Perspective 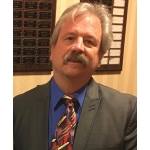 Hi, I’m Tony. I’m a baby boomer. I’m also the father of two wonderful millennial children who turned out to be outstanding young men, despite my parenting. I’m going to provide my perspective on millennials.

In recent years, much has been written about the inability to understand the millennials (generation Y). About how they’re some extremely complex and aberrant generation, as though they have a DNA code of no other. I call BS! It’s like needles being poked in my eye every time I hear or see someone mocking or complaining about the “Yers.” I call them the Yers because they justly ask “why” often. They ask, “Why do it that way?” They ask, “Why is it right?” They ask questions to better understand the world around them.

The judgments aggravate me as they are very inaccurate generalizations of that generation. It amazes me that the baby boomer generation is so hypocritical with their perspective of Yers. Boomers were ostracized by their parents’ generation for being different, for embracing social justice, diversity, and environmental conservation as values of our youth. We didn’t like being pigeonholed as dirty, drug-crazed hippies ruining the country. Now, boomers are doing almost the same thing to Yers, handing out generous portions of dogmatic propaganda as the truth based on a few generalized characterizations, without supporting data and validation.

My perspectives are outlined in the following commentary. Let’s examine them through Dr. Morris Massey’s well-researched perspective, “What You Are Is Where You Were When.” The basis of this research is three periods in a person’s life, which he defines as:

1. The Imprint Period.
2. The Modeling Period.
3. The Socialization Period.

In addition, Massey also advises we are forever impacted by the overall influences experienced by a generation (i.e., the “What You Are Is Where You Were When” concept) as well as “Significant Emotional Events.”

1. The Imprint Period. Up to the age of seven, we are like sponges, absorbing everything around us and accepting much of it as true, especially when it comes from our parents. The confusion and blind belief of this period can also lead to the early formation of trauma and other deep problems. The critical thing here is to learn a sense of right and wrong, good and bad. This is a human construction that we nevertheless often assume would exist even if we were not here (which is an indication of how deeply imprinted it has become).

The Yers were born between 1982 and 1995. Who were their parents? Mostly baby boomers who were transitioning from high school and college to being full time grown-ups. Boomers had just finished a period of fighting for social justice with Vietnam and Watergate. Going from music with a cause to disco for decadence to MTV. Boomers were still figuring out how to grow up, work full-time jobs, and raise children.

When it came to raising children, Massey advises boomers wanted their kids to have it better than they did; with all the turmoil the boomers went through, from the ’60s to the ’80s, they wanted to make it easier on their babies. This included new wave parenting where you didn’t spank your kids and you let your children debate with you as opposed to “Do as you’re told and shut up.” And of course, “Everyone gets a trophy.” was supposed to provide equality, fairness, and no one’s feelings get hurt. We see how that turned out.

2. The Modeling Period. Between the ages of eight and 13, we copy people, often our parents but also other people. Rather than blind acceptance, we are trying on things like suits of clothes, to see how they feel. We may be much impressed with religion or our teachers. You may remember being particularly influenced by junior school teachers who seemed so knowledgeable—maybe even more so than your parents.

This period was from 1990 through 2003. Parents of Yers in this time frame went from hippies and yippies to yuppies. They became self-indulgent individuals and couples who were working on living the American Dream. With two cars in every household. Moving from the apartment rental to the 2,000-square-foot single-family house. We went on two or three vacations a year. We did it all on hard work and climbing the ladder to success, right? Not exactly, we did it through credit. We borrowed. When we maxed one credit card, we opened another, and another. Also, we no longer cooked at home. We didn’t sit at the kitchen table for structured family time. Divorces rates were hitting 50 percent.

Let’s translate this impact on the Yers. So, they now copy their parents’ self-indulgence, lack of responsibility, and lack of commitment in relationships. There is little or no family structure anymore. On top of all that, they all got trophies, even if they performed badly. In school, there were no challenges. We helped everyone pass so they wouldn’t be socially maladjusted by staying back. And they got whatever they wanted, because mommy and daddy had those magic credit cards. Are we seeing the trend yet?

3. The Socialization Period. Between 13 and 21, we are very largely influenced by our peers. As we develop as individuals and look for ways to get away from the earlier programming, we naturally turn to people who seem more like us. Other influences at these ages include the media, especially those parts that seem to resonate with the values of our peer groups.

This period spans from approximately 2000 through today. In the Socialization Period, the baby boomer parents have done more than enough damage by the time these kids get into and graduate high school. They’ve now learned you have no rules to live by. There’s no family structure. Many are latchkey kids as both parents are working. There is no family time. You can get instant gratification with a credit card. (Now credit card companies are preying on college students.) Televisions shows are “Beverly Hills 90210,” “The Fresh Prince of Bel Air,” “Seinfeld,” and “The Simpsons”; oh, and not let’s forget “Beavis and Butt-Head”! Shows about narcissistic, self-entitled, well-off kids who don’t have to take no for an answer. Do I have to say more?

The good side of these events included the following;
• Technology advances (PCs were invented, the Internet was created).
• The economy was good (spend, spend, spend; on credit).

In addition to these influences, they experienced 9/11. This event defines their generation the same as World War II defined the Greatest Generation and President John F. Kennedy being assassinated defined the baby boomers.

Despite what has been said about Yers, they are one of the most socially and environmentally conscious and active generations to come along. Eighty percent are actively volunteering in their communities. Hopefully they won’t be like the boomers who turned their back on the environment and social justice in return for greed.

Another interesting note on Yers: A survey of millennials a few years back asked what they wanted from their parents. The answer: Provide direction and discipline; provide structure. Obviously, we boomers were too interested in our own lives to pay enough attention to figure this out. Maybe Yers would’ve turned out differently if we did.

As British/American author Simon Sinek indicates, this generation was set up to fail. By whom? Us, their self-indulgent baby boomer parents. The same ones who complain about them. We, the 40 to 80 crowd who can’t understand them and what motivates them. Can’t tolerate their questioning authority, asking what’s in it for me? Not wanting any structure (that’s why they do well working for companies like Apple, Google, and Facebook). Any surprises here? All you have to do is follow Massey’s algorithm over time and it’s not hard to figure out, what you are is where you were when.

As my good friend Tiger Schmittendorf always advises, there is no other generation in a parallel universe. They’re here now and making their mark on the world. They are making their move to be in control of their lives and future. They don’t need and are not listening to previous generations telling them how to live their lives and shape their future. Don’t get me wrong, they want to interact with us older folk. They want to share life with us but not be told how to do it. So. let’s take time, sit down, and listen to them. Let them provide us with their perspective on the future, which they now own. After all, these are our children; let’s love them, not loathe them.