No One Is Reinventing the Fire Service 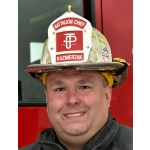 Recently, I have been seeing chatter on social media about how the modern fire behavior folks are trying to reinvent the fire service, how civilians are going to die because of us, and basically how we are ruining the culture of the fire service and everything it stands for, etc. This banter reminds me of the kids movie, “Despicable Me 2,“ when El Macho has his evil minions trying to take over the world. In the case of modern fire behavior, El Macho thinks the only way to fight fire is the way is it’s always been done–through anecdotal training–and anyone else is doing it wrong and must be heckled until they come on board or be done away with. Now don’t get me wrong, I think it is perfectly acceptable to ask questions of the new science and that is necessary to understand it, but when you have been invited over and over to participate in the research, not doing so show just shows utter ignorance and refusal to accept change. I wonder how many of the “El Machos” have actually taken the time to complete all of the UL FSRI Online Courses; looked at the National Institute of Standards and Technology (NIST) research material on Cherry Road, Houston, Chicago, or San Francisco LODDs; or watched the ATF Mark Falkenhan line-of-duty death (LODD) report videos. If they would have spent the time, they would understand the science, and probably wouldn’t be sending the minions on social media attacks. If you have not had a chance to check them out, you can do so at www.ModernFireBehavior.com.

Nothing at all is being reinvented, and no one is dying due to the modern tactics being now deployed after years of research. A matter of fact, if you ask a lot of the fire service elders, these tactics were the same ones being deployed years ago, and went by the wayside because of personal protective equipment (PPE) advances and self-contained breathing apparatus (SCBA). The biggest issue is there is no part of the tactics developed over the past 30 years that actually say they work; they are purely anecdotal in most cases. The modern fire behavior tactics have behind them both the research and the experience of several well-known seasoned street firefighters from all over the country in very busy areas: New York City, Chicago, Los Angeles, the D.C. area and Miami-Dade, Florida. I find it very hard to argue not only with the science, but the street experience of firefighters who have crawled down many dark, hot, and nasty hallways and continue to do so.

Additionally, many of these same departments that have been involved with and have adopted the research have also experienced LODDs that can be attributed to operating in the flow path, in wind-driven fires, and modern fire phenomenon. They get it. Just look up Vandalia Ave., the Watts St. Fire, Cherry Road, or Capt. Herbie Johnson, etc. It is very unfortunate that a few, vocal individuals have decided to try to use their voice to say that others are doing it wrong, that the research is reinventing new ways of doing things, and basically vilifying the research. Where is their research, their science? Anecdotal practices with coincidental success is not science nor research. Without the research, past practice could be nothing more than pure luck.

What the research is saying is: PUT OUT THE FIRE – THE REST OF THE PROBLEMS GO AWAY. The late Tom Brennan of Fire Engineering Magazine said the same things back in his teachings of the 1980s and 1990s. None of the firefighters or researchers are villains–they are far from that. They are trying to make the fire service a safer place using science to show us how.

WHY ARE WE AFRAID OF SCIENCE

Why are we afraid of the science? Why do we question it? Shouldn’t science be the crux of our jobs? It is in other fire services around the world, such as the Swedish Fire Service where every working fire gets a Fire Protection Engineer also assigned on the run. While there have been some minor studies done, the most prevalent prior to the UL/NIST research were the “Little Drops of Water” Studies by Lloyd Layman back in 1950, most of which was based off shipboard firefighting and tactics adapted to residential firefighting. Tactics changed largely because of improvements in PPE and the advent of the SCBA, both due to the NASA Space Program (once again, science at work). Have we have become afraid of the science because we don’t like the answers that it’s giving us? We don’t like to hear that we have been misinformed when it comes to things such as pushing fire and when and where to ventilate. The anecdotal teachings of the past have been proven to not necessarily always been true. Some don’t want to hear that it makes more sense to throw a “flow path control curtain” in the door instead of breaking out windows and chocking open the front door. Also, this science is not new. In an 1866 London Fire Brigade Training Manual by James Braidwood–Superintendent of the London Fire Brigade–it was said “…the door should be kept shut while the water is being brought, and the air excluded as much as possible, as the fire burns exactly in proportion to the quantity of air which it receives.” This is the exact same thing the science is telling us today. In another great quote by ancient philosopher Sun Tzu “…the ability to gain victory by changing and adapting to the opponent is called genius.” Our opponent, the fire, has changed, so we must also change!

ALWAYS vs. NEVER: TOOLS IN THE TOOL BOX

There are very few “always” and “never” in the fire service. The ones that do exist–such as never breathe smoke, always wear your PPE, always wear a seat belt–are there for one thing: firefighter safety. Other than that, we have our tactical toolboxes filled with options, just as an auto mechanic’s toolbox is filled with different types of screw drivers, wrenches, and sockets. Each is for a certain job at a certain time; the art of being a true professional is knowing which is the correct time to use each tool.

There is a great quote by Dan Madrzykowski of NIST that says “Nobody is saying you can only hit a fire from the outside–we’re saying it’s a valid option and it should be in your playbook. You have to size-up every fire and decide what to do. If it’s a small fire, go in and get it. We’re really talking about adjustments to those things the fire service is already doing.”

It seems that the terms, such as “hit it hard from the yard” or “transitional fire attack,” have become the most hated terms in the fire service.

In a 2007 article, Fire Chief Brian Crawford talks about “Firefighter Duty to Die Syndrome.” I believe a lot of what was said in that article contributes to today’s attitude towards modern fire behavior and tactics.

As a fire service we see this constant reinforcement now through social media where we have sites dedicated to bashing the research and researchers, and preserving the fire service hero culture. Don’t get me wrong, there are plenty of heroes in the fire service who have done very brave things, such as making heroic grabs under horrendous conditions. But there are a lot of other times we award heroism in the fire service that borders on stupidity. I have been lucky enough to have the opportunity to find two victims during searches in my career and assist in their subsequent removal –hopefully that lets you know I am a believer in interior attack and search. We just need to do everything we do in a safe, assertive manner. Not haphazardly, without risk assessment, proper sizes-ups, etc., and not just because we want to “get some.”

Now is one of the most exciting times ever to be in the fire service, but we also need to remember: EVERYTHING WE DID IN THE PAST WAS NOT WRONG. In the past, firefighters did the best we could with the information we had been trained with.

I also wonder how many of those criticizing the new science and tactics have ever been an incident commander (IC) of a major fire when your members are operating in an offensive position. This will change your views on a lot of things. I was a much more aggressive, willing-to-take-unnecessary-risks-type firefighter when I was just that, a firefighter or company officer. Now that I am a chief officer and responsible for the big picture, I am a little more cautious. I probably would have been one of the guys siding with “El Macho and his Minions” 10-15 years ago, but I am now better educated, and realize my job is to make sure I live the EVERYONE GOES HOME mantra so my members return home to their families after each shift! If you haven’t ever been in command, believe me, criticizing from behind the keyboard is a heck of a lot different until you have been in the shoes of that IC.

As a fire service, we must all remember that we will make more lifesaving impact as the fire service by pushing for tighter building codes, doing more inspections, pushing residential fire sprinklers, and ensuring our residents have working smoke alarms on a daily basis. These efforts are more productive than riding the recliner of rage or being keyboard ICs on social media! It seems we are more worried about arguing whether or not we should search vacant dwellings or use a combination vs. smooth bore nozzle and instead of becoming very passionate about those things that could make a true difference in the civilian fire death count each year and, in turn, make our job safer. Finally, remember this quote from Chief Alan Brunacini: “The quickest water is the best water!”

Leadership can be complicated if we allow it to be. There are thousands of books on the market on how to improve your leadership skills. Everyone has their own idea on how leadership, in their opinion...
Shaping the Future " Creating Leaders in Our Youth"

As we quickly approach a time when much of the current fire service leadership will be retiring, we are destined to face the loss of great leadership in the fire service.  The challenging times w...
What About This Generation Gap?

Many articles have been written about the differences in each of the three current generations serving in the fire service: Boomers, Gen Xers, and Millenials. While some from the Greatest Generation c...