On the Shoulders of Giants 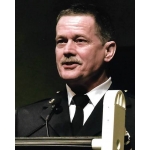 Training is so much more than teaching people firefighting skills; it is also about teaching them how to be firefighters.  My father was a Chicago firefighter for 40 years.  He belonged to what I have come to regard as the greatest generation of the American fire service.  Most of us are familiar with Tom Brokaw’s book, “The Greatest Generation”.  In it he describes the generation that grew up during the Great Depression, fought WWII and came back to build the world’s largest, strongest and most diverse economy.  I believe that the “Greatest Generation” of the American fire service was those men who worked their careers during the 1960’s and 70’s.  They built the fire service we know today and they did it with virtually nothing.  Much of what we take for granted in our workplace today did not exist when they started their careers.  They forged these things themselves, but everyone that follows them is the beneficiary of their work.  We owe them a debt that cannot be repaid.

Strangely enough, it was from one of these very men that I first heard the phrase “Standing on the Shoulders of Giants”.  Retired CFD Chief Ed Enright (a giant of a man himself) used the phrase in a class I was attending.  The full phrase is commonly rendered this way, “We are like dwarfs standing on the shoulders of giants. We see more than they did; not because our sight is superior or because we are taller than them, but because they raise us up and their great stature adds to ours."  It struck me then, and now, as one of the truest things I ever heard, and not just the literal truth, but more importantly the figurative truth.  It not only acknowledges the debt we owe those who came before us, but points the way ahead for us as well.  For if we are to service this debt we owe to these men, we must become giants ourselves.  We must raise those that are just coming into the fire service, place them upon our shoulders and carry them for a time, until they too are ready see ahead and pick up where we leave off.

Each and every one of us must do our part.  We cannot leave it to only those who command the international stage.  The greatest legacy of the greatest of firefighting generations– the thing that really made them giants, was that despite the fact that they were certain we were useless, they picked us up and placed us on their shoulders and carried us for a time.  They made us what we are.  They made it possible for us to see what we can see.

The transformation of job to career into avocation is a very personal one.  If we want those who follow us to see the fire service the way we do and truly understand what it means to be in the business of service, then we must each personally dedicate some time to making it happen.  I hope to share with you, that the people around you, people not very different from you and I, who by their words and actions are meeting their solemn obligation to be giants within the American fire service and are preparing the next generation of firefighters to do the same.  They are your friends, your colleagues, your co-workers.  They have a message and a lesson for all of us.  What we do is different.  What we do is special.  What we do truly matters.  Each and every one of us has the ability to stand a little taller and see a little further.  With that ability comes the obligation to share what we know, what we see and what we understand with those who follow us, so that they may build upon it.  In short, we must all do what we can to “leave the job a little better for the next guy”.

Learning in fire and emergency medical services is related to the ability to process, store, retrieve, adapt, and utilize information and skills both in the training environment and in the field. As i...
The Long-Lasting Values of Instruction

One advantage of being in the late years of my firefighting career is that I have accumulated a significant collection of printed and electronic firefighting resource materials. However, there is a li...
Attack Team Entry Checklist

Advancing a hoseline into the fire building must be well coordinated and once past the entry door, can look like a work or art or a train wreck.  Often, the...