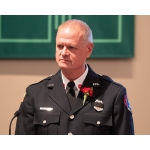 We all likely know that lessons learned are the product of an after-action meeting. What we may not pay enough attention to is how to make the most of the results. Lessons learned has a wonderful sound to it, partly due to the alliteration, but the term does not completely do justice to the process. Admittedly, the name given to the activity is mostly a matter of semantics but using “lessons learned” as a catchphrase has led organizations to unintended limitations of the intended process. It may not have happened in your experience, but I can assure you it happens more than you might believe.

In a nutshell, most after action meetings or critiques are held to review the incident and answer three questions:

The good news is that most of the time, there is productive discussion, the questions are answered, and a report of the findings is completed. Unfortunately, the first step of identifying the successes and failures subsequently becomes the final step as well. One common reason is that the issues stated are too general in nature. There needs to be specific elements identified and specific recommendations made to address those elements.

Consider this simple scenario as an example. Two Fire Departments in a small town “dual dispatch” to a busy two-lane highway on all motor vehicle crashes due to the known potential for serious injuries, and the highway in question is on the border for their response. The two departments usually arrive at the same time and have a good working relationship. The establishment of Command normally is addressed quickly, and the incident is resolved. However, the way the ALS medical care, extrication, and hazard control is accomplished tends to vary on each call. After several responses and one especially influential incident, the leadership staff of the two departments agree to hold an after-action meeting to develop lessons learned considering how they might better work together. The meeting is successful, and the results of the meeting are documented in an after-action report. There is agreement that they should make the following improvements for future responses:

Fast forward to the next serious accident on the same highway several months later. A portion of the identified changes seem to be in place, but all personnel are not on the same page. After a bit of trepidation, the incident is concluded, but the personnel are frustrated. Worse yet, some of the elements that were agreed to by the leadership staff of both departments are not used at all. Unfortunately, there is more uncertainty now than there was before the joint meeting. What happened? The process was not followed-through to its effective conclusion. The general elements were not specifically “drilled-down” to actionable items. The electronic document was filed away, piecemeal changes were made at each department, and only a portion of the critical improvements made it to the street.

The example in the scenario could just as easily occurred within a single Fire Department. The issues identified could happen at a fire scene or any other type of incident. “Lessons Learned” are in reality lessons “identified or observed” until change takes place. The change is where the identified element becomes a learned action or behavior.

Addressing these “identified” issues should:

We are not doing ourselves and our personnel much good if we do not follow through on identified changes that need to take place. Remember that attention should be given equally to both the “things we did well” as well as “the things we could do better.” While most of the attention is given to the negative aspects of an incident, we owe it to ourselves to take advantage of the “winning moves” we make and assure that we continue to do those things.

In sum, the entire process may be more simply put this way:

By addressing the specific issues at the heart of our responses, we may continue to move our organizations forward in a highly effective manner.